Shopping Cart
Your Cart is Empty
Quantity:
Subtotal
Taxes
Shipping
Total
There was an error with PayPalClick here to try again

Thank you for your business!You should be receiving an order confirmation from Paypal shortly.Exit Shopping Cart

Our manager Zhang Jing received an urgent letter of from the organizer of the Liverpool 2018 Theater Festival In October. The Chinese professional team that was originally invited to participate in the closing ceremony of the festival was unable to participate in the performance due to problems with the visa to Canada! This unexpected new hit organizing committee of the festival like a thunder storm.  The advertisements for the closing activities of the festival, the invitation letters for the guests, the tickets for the audience have been distributed earlier.  The Lieut. Governor of N.S. has already decided to attend the closing event and watch the closing performance. The full house will be disapointed. The committee was overwhelmed. When they learned about NSCCAC, they immediately sent an email to our club, requesting to organize a program that coincides with the theatre festival to fill in the closing performance. 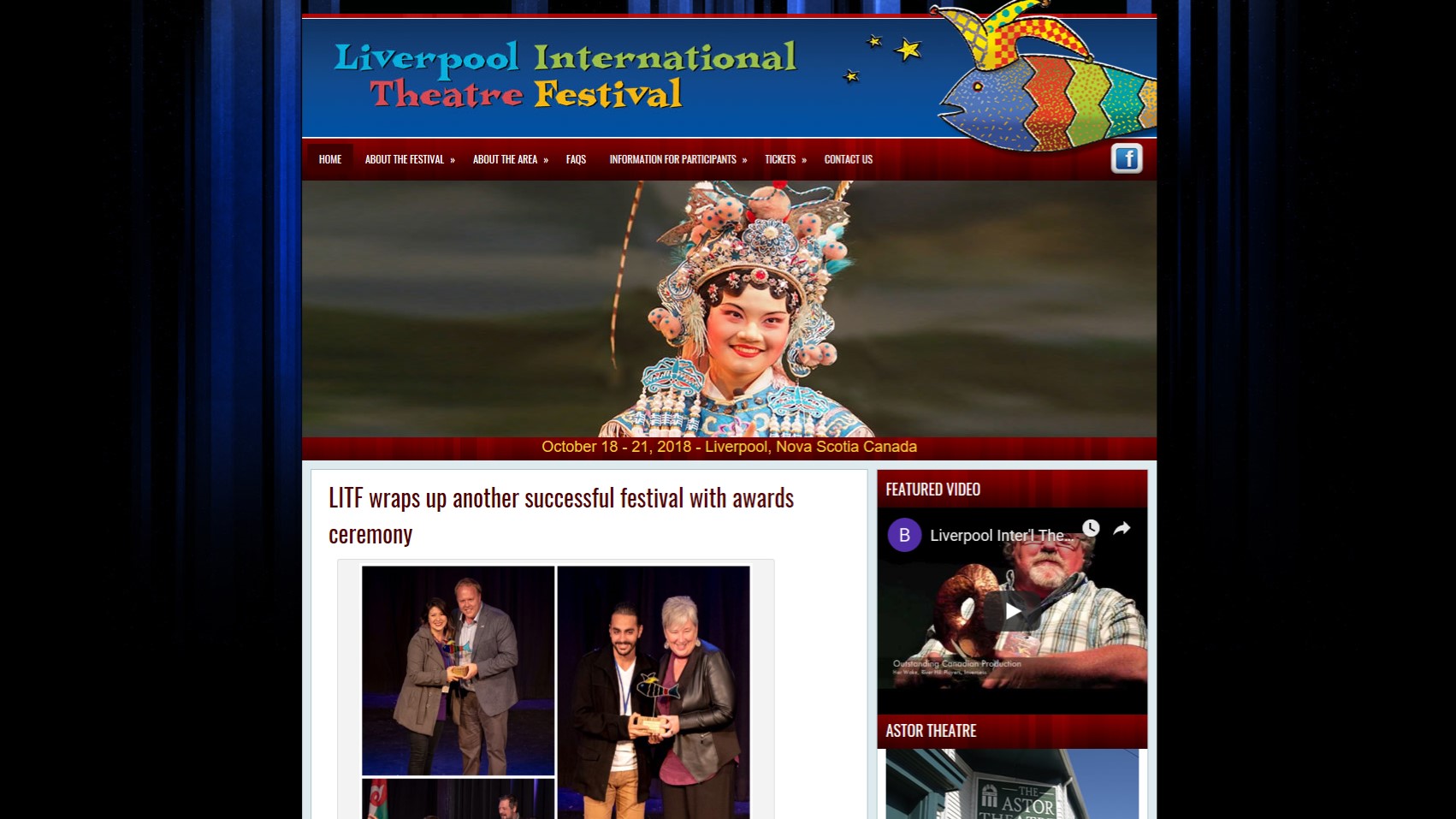 “Saving the field like fighting a fire”, although we are only amateur cultural performance teams, and only 8 days are left before the show, the industry's code of conduct and common philosophy require us to do everything we can to fulfil their immediate needs.

The main members of the club's executive committee quickly reached a consensus and proceeded to organize the program as requested by the inviting party. Fourteen actors served as performers for eleven programs. In order to cover a span of Chinese instruments, dance, drama, and voice, Confucius Institute erhu actors were invited into the team. An eighteen member team including volunteers of the front and back stage staff, the sound and light control was established.

Departing from Halifax in the afternoon of Oct 21, after nearly two hours of travel, th team finally arrived at the Astor theater at the scheduled time. After a simple meal, the team entered a tight and orderly performance preparation immediately, adjusting the sound, lighting, Q 2 Q, and back stage make-up. The performance officially started at 7PM. 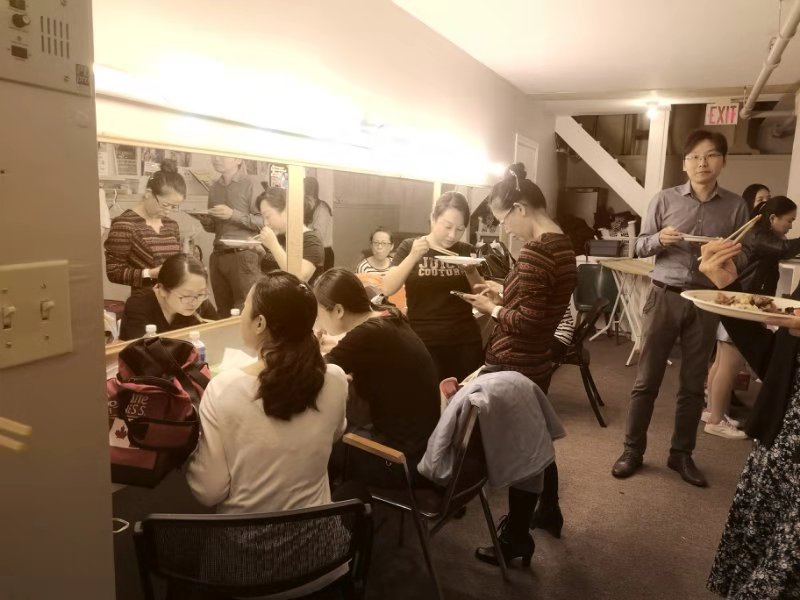 The small theater was filled with nearly three hundred people upstairs and downstairs.

The audiences from Liverpool were fantastic. Almost all the shows received appreciation and warm applause. At the end of several shows, some people in the audience stood up and applauded for a long time, admiring the superb performance of the actors. 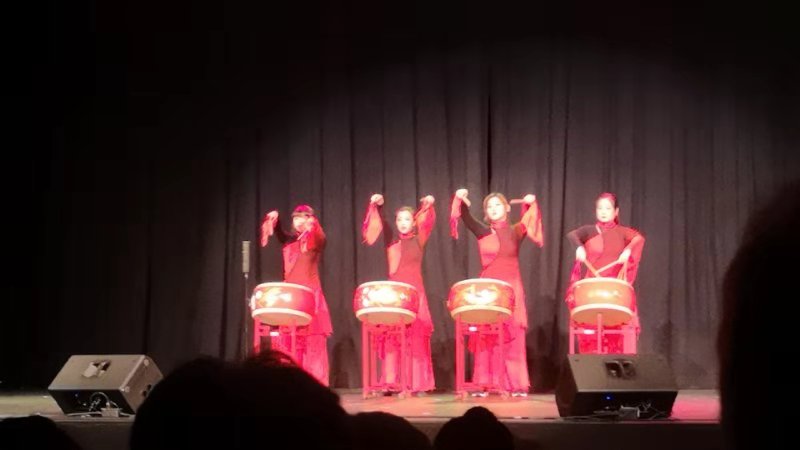 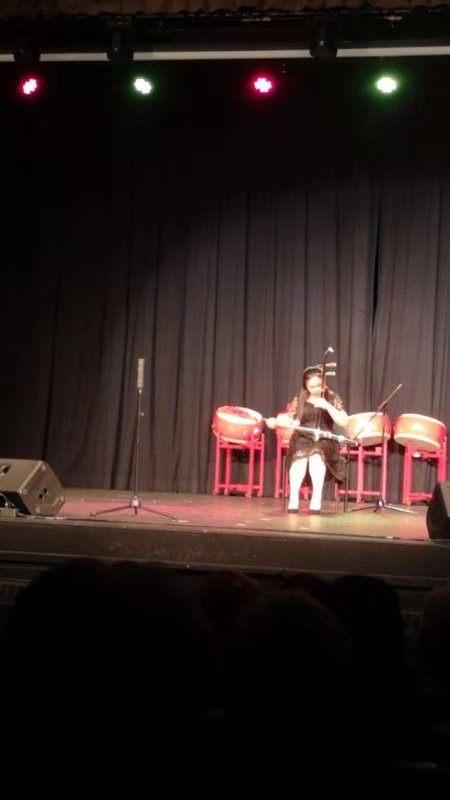 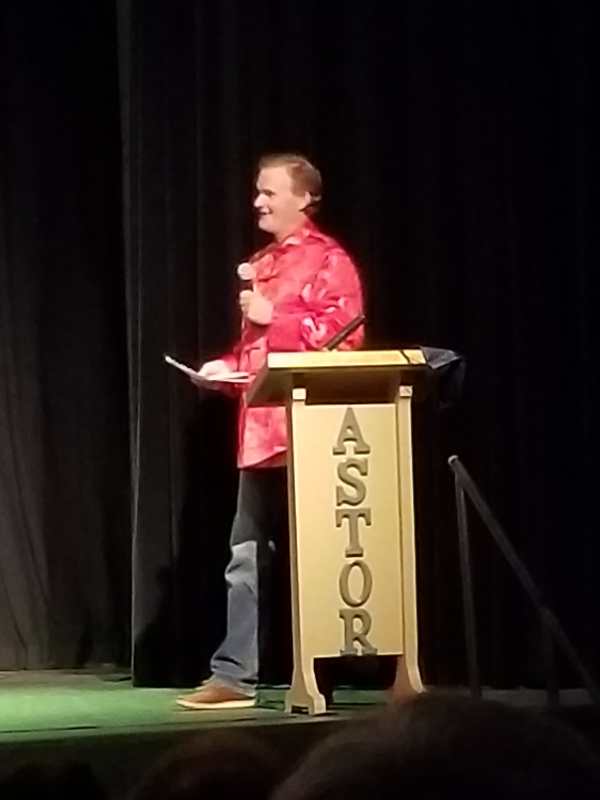 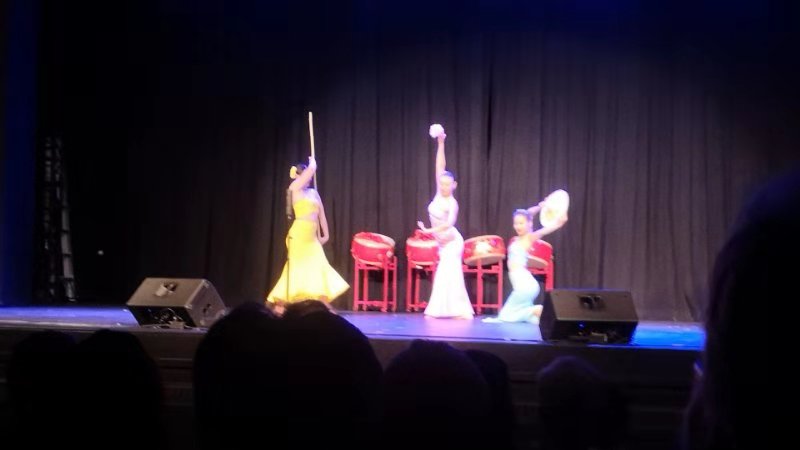 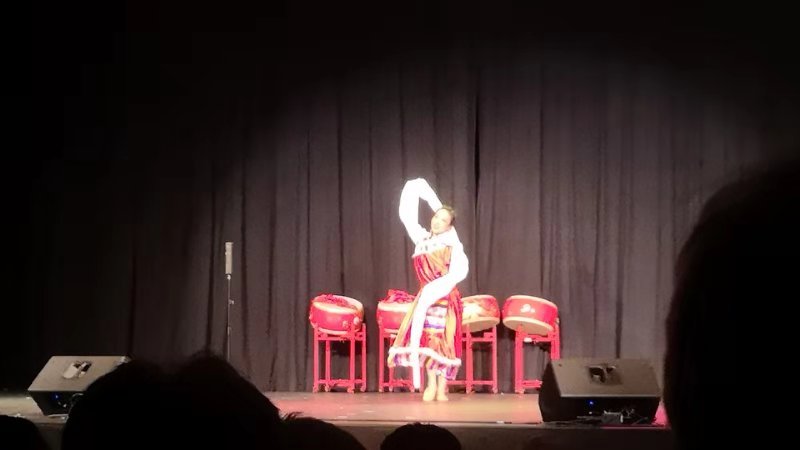 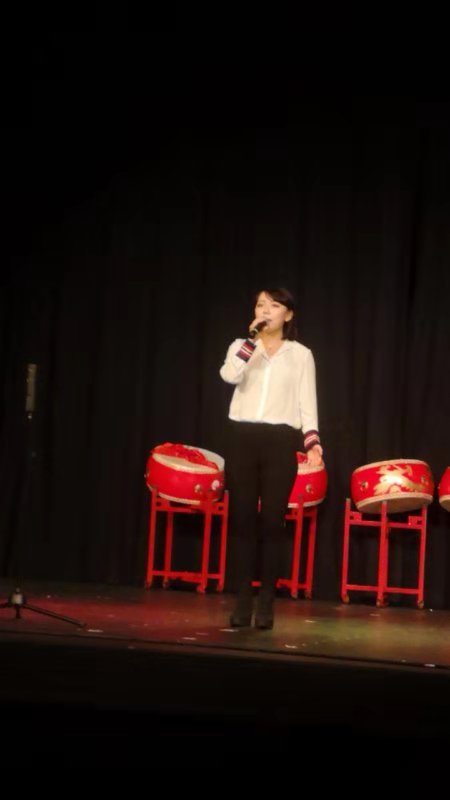 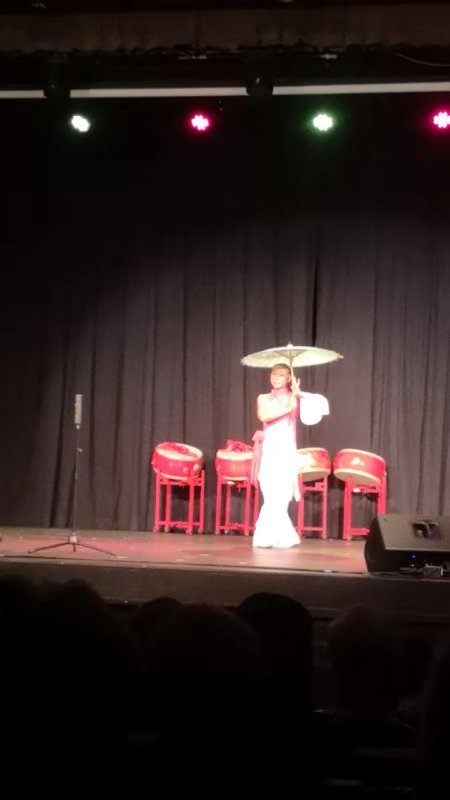 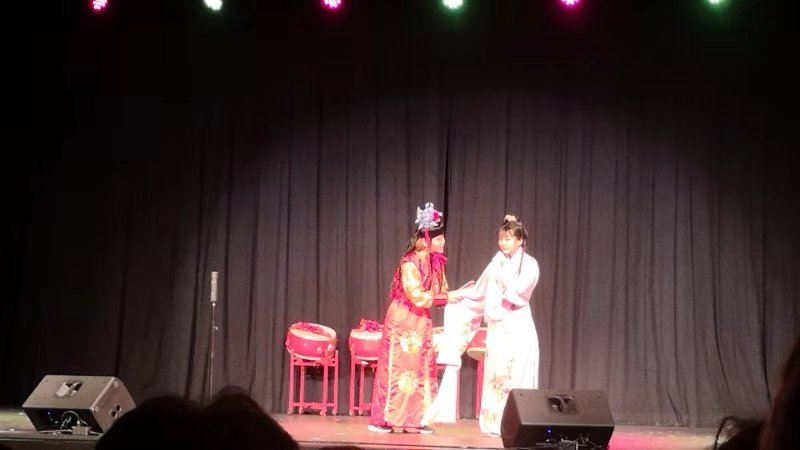 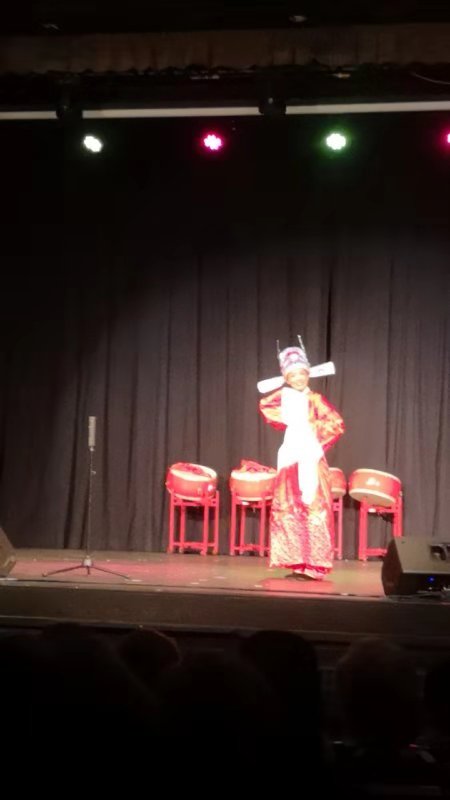 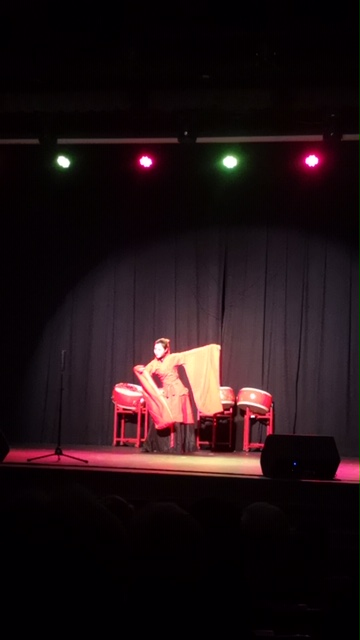 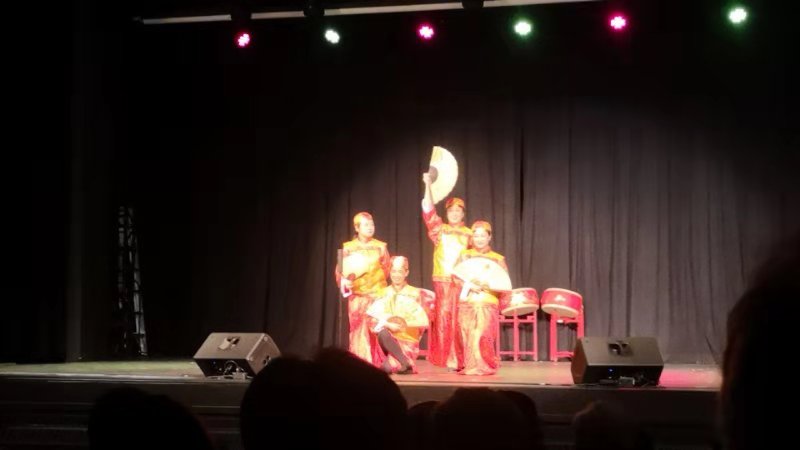 After the performance, all the actors and actresses came to the stage and received  long-lasting applause from the audience. 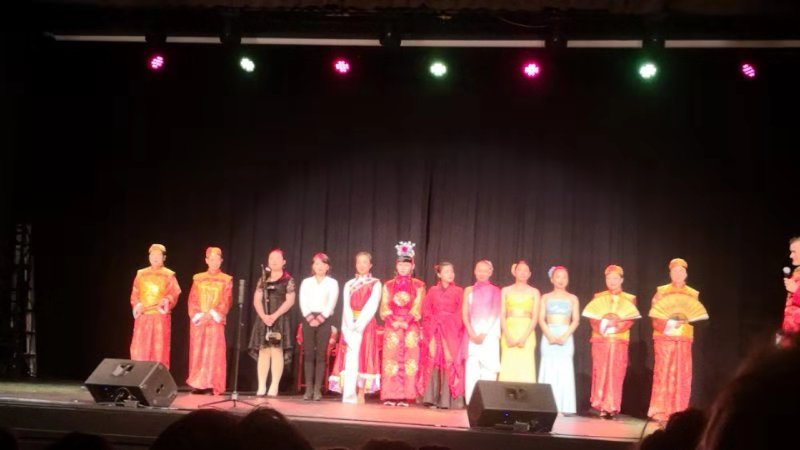 The Leut. Governor and his wife watched the performance  and took photos with the actors after the performance. His wife gave a thumb up to two female student actors for their wonderful performance, then hugged them side by side facing the camera lens to reveal a heartfelt smile, leaving an unforgettable memory. 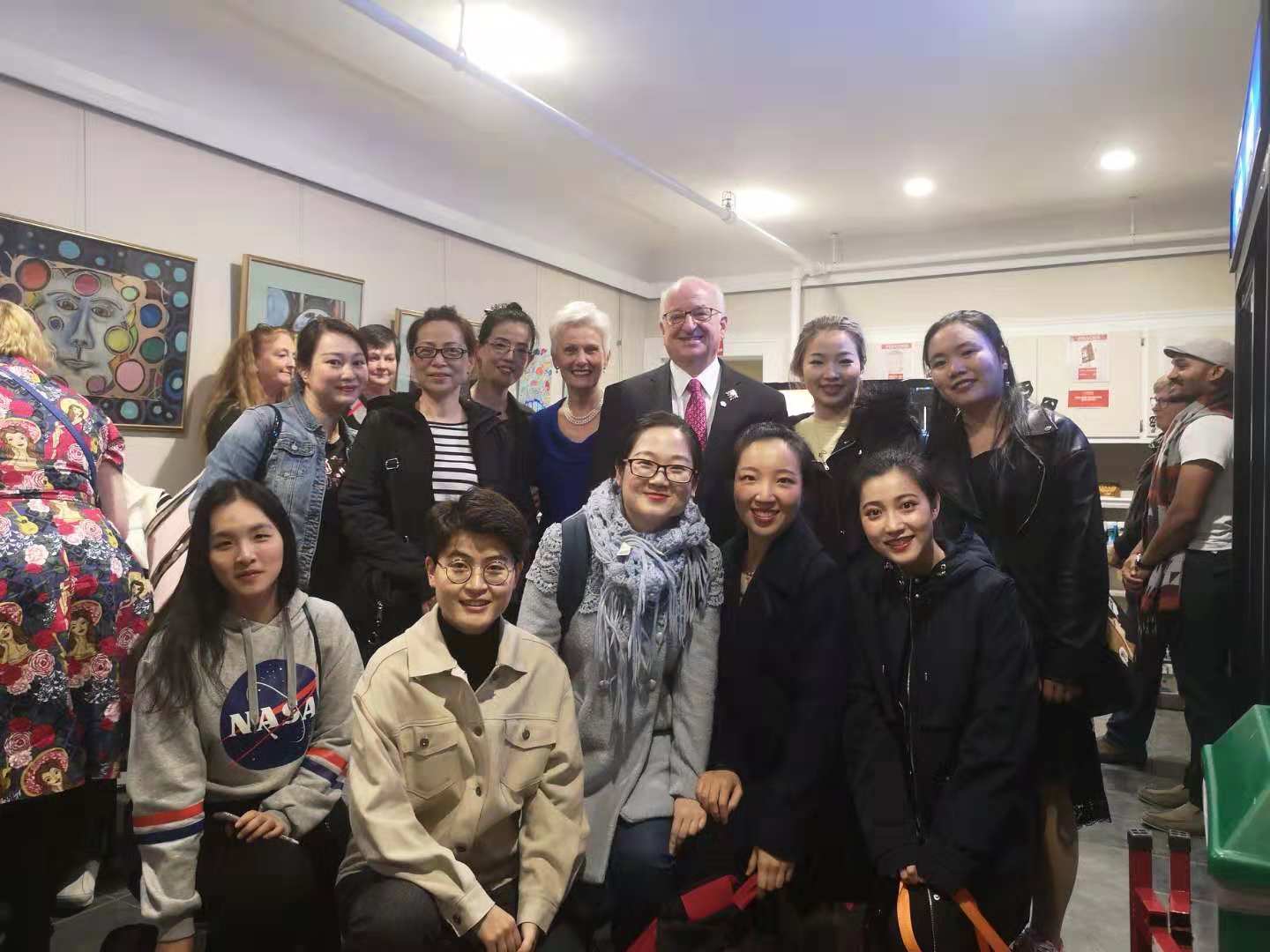 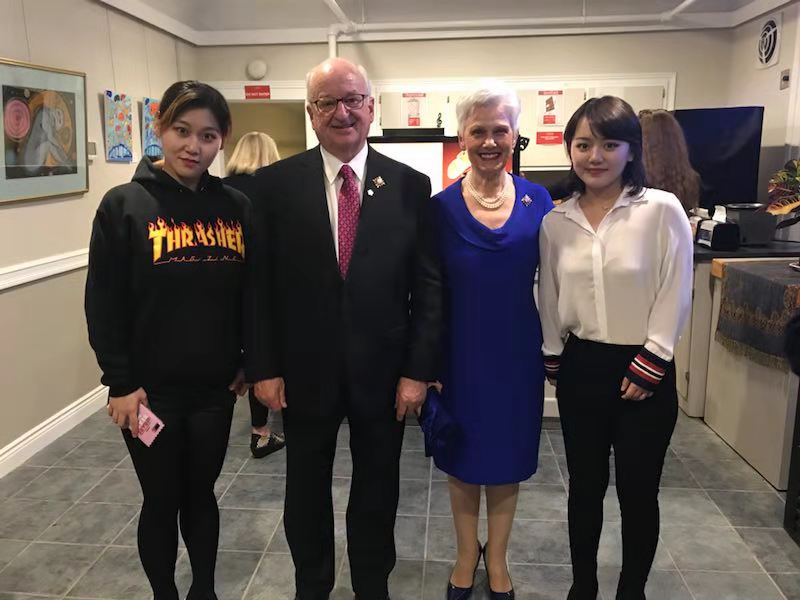 Many thanks to May Garden for providing us take out for supper.

Many thanks to Fort Massey United Church for providing us continuous support of rehearsal space.

NSCCAC attended a series of celebration in 2018 Chinese New Year.  Events include:

Please check out our Gallery and Video site. 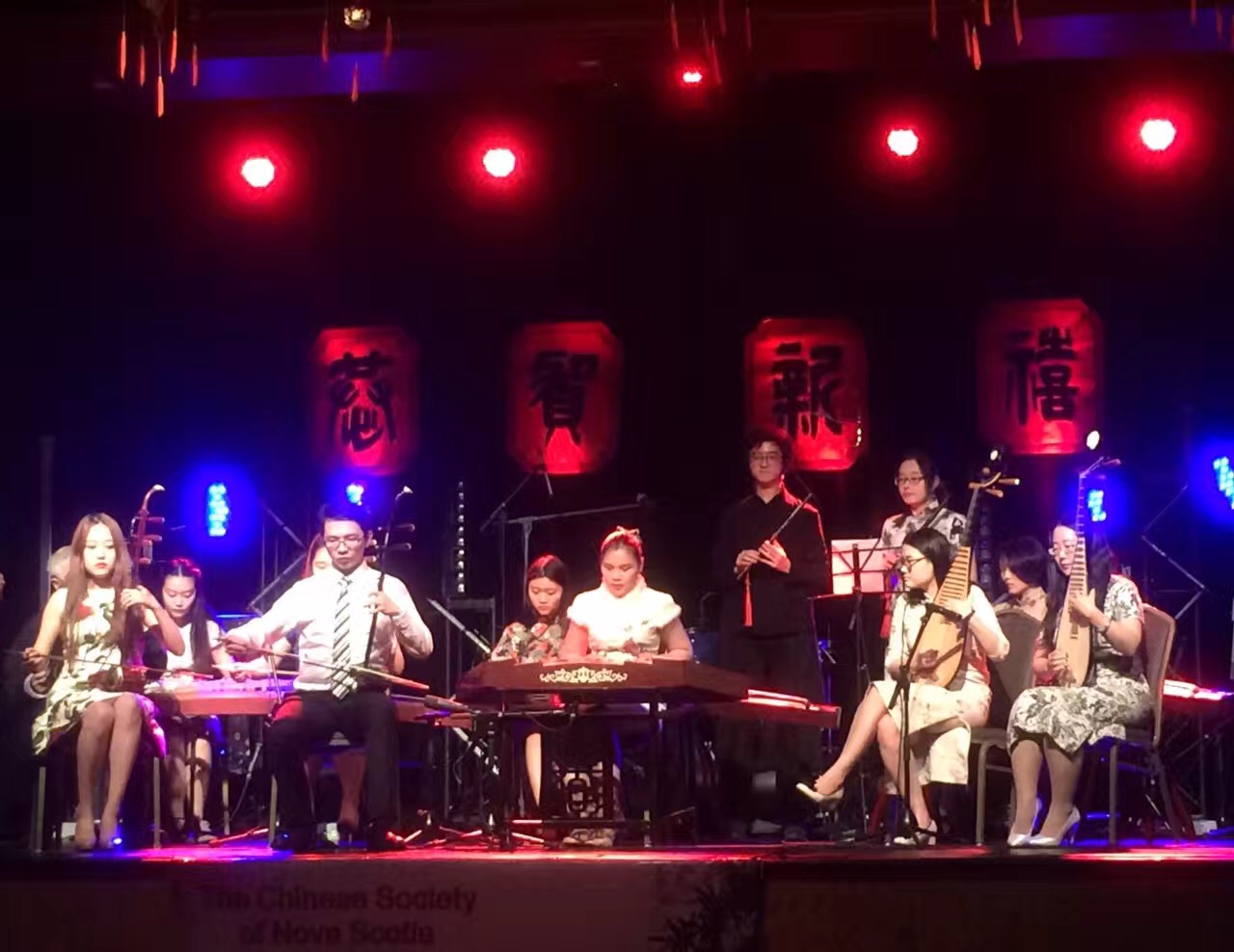 On Janurary 15th, NSCCAC had a dressed rehearsal for 2017 Chinese New Year. Leaders and representatives from several other organizations attended this performance and provided valuable feedbacks. Eastlink Magazine crews also came to make a story for NSCCAC to be on air for the week of Chinese New Year. Mr. Yao, the founder and Art Director introduced the background of our club. University Student Yilu Zheng and supportive family menber Tony Jorgensen also received interviews for this story.

Join us to commemorate the 10th anniversary of Dalhousie’s Chinese Studies Program, celebrate Chinese culture, discover opportunities and explore Dal’s key collaborations with Chinese institutions.  NSCCAC member Zhen Yilu received one of the Scholarship Award by the Chinese Education Promotion. We also provided half an hour performances after the schloarship presentation. 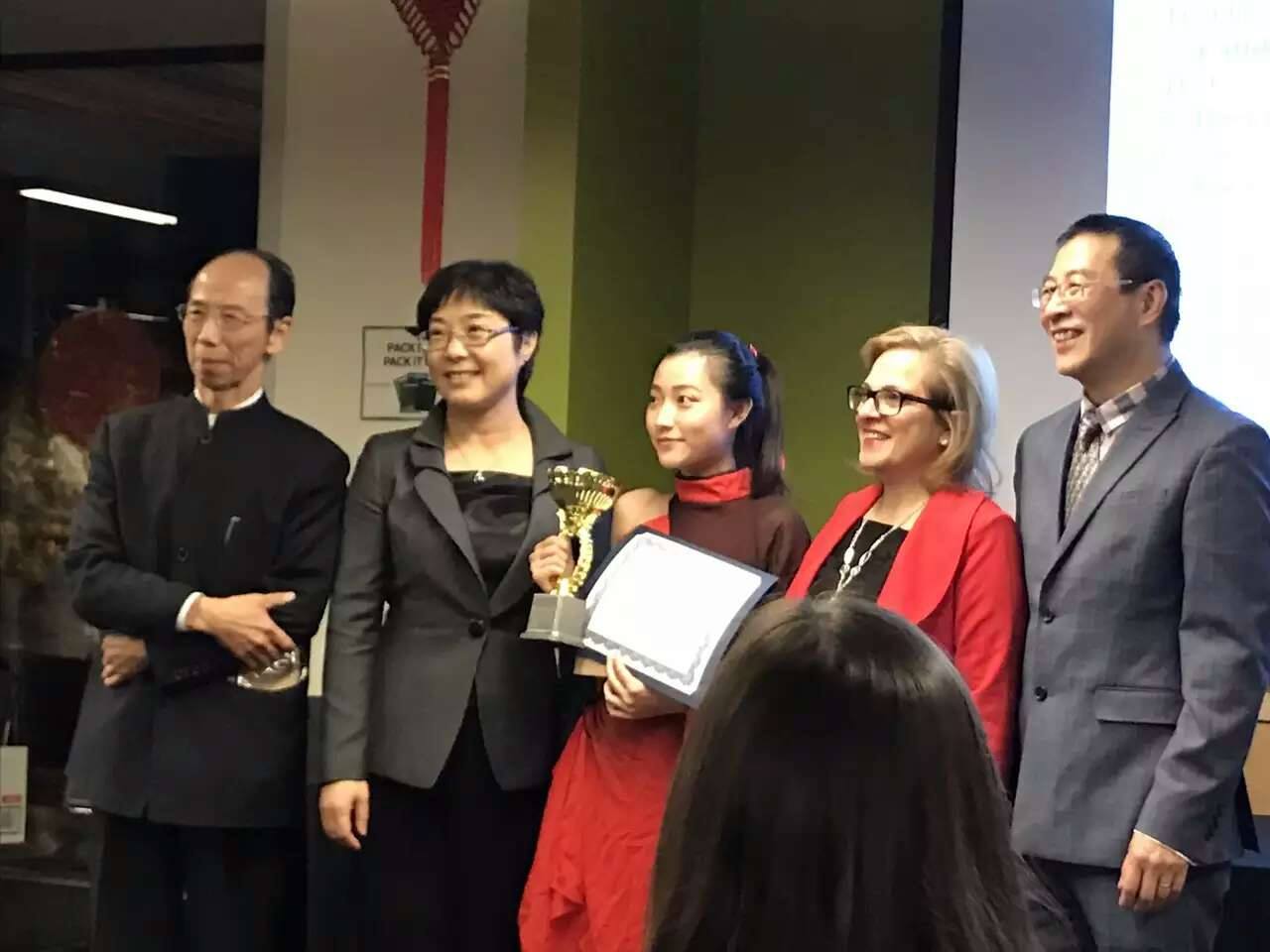 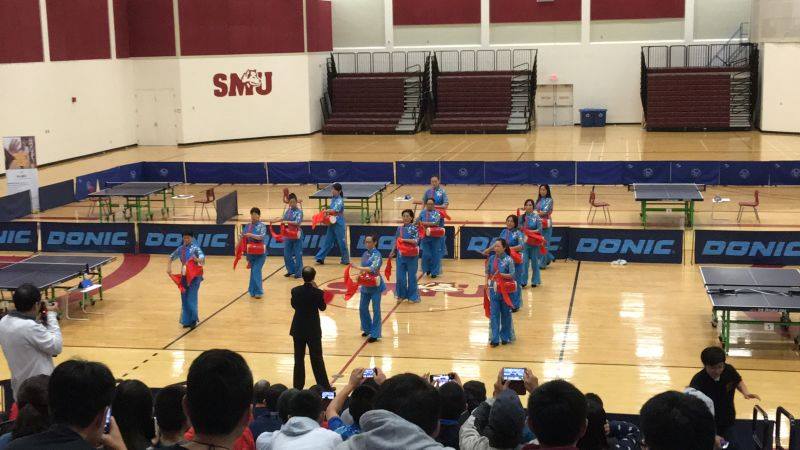 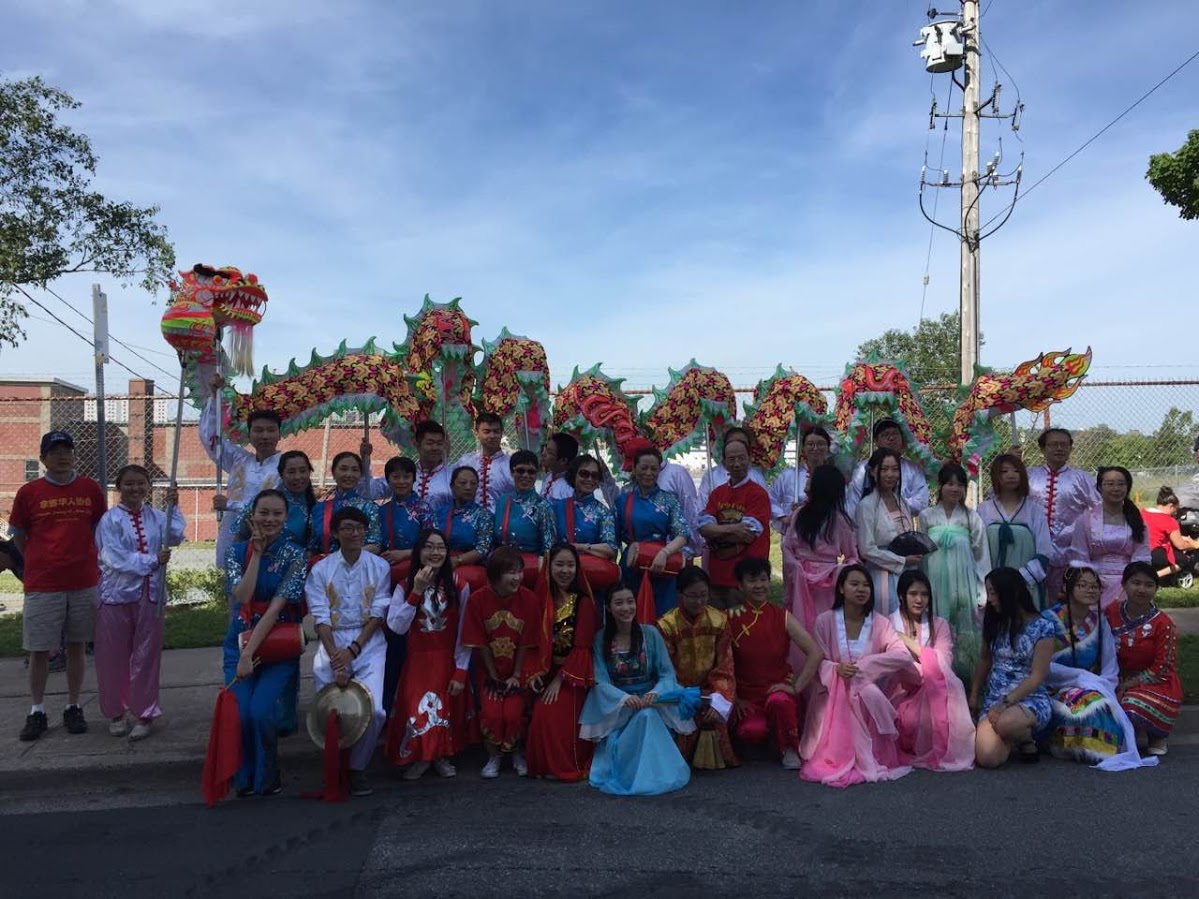 We are part of the Dragon Festival. It is a great time for the public to get in touch with Chinese music, dance and tea culture.  See more images from our galary. 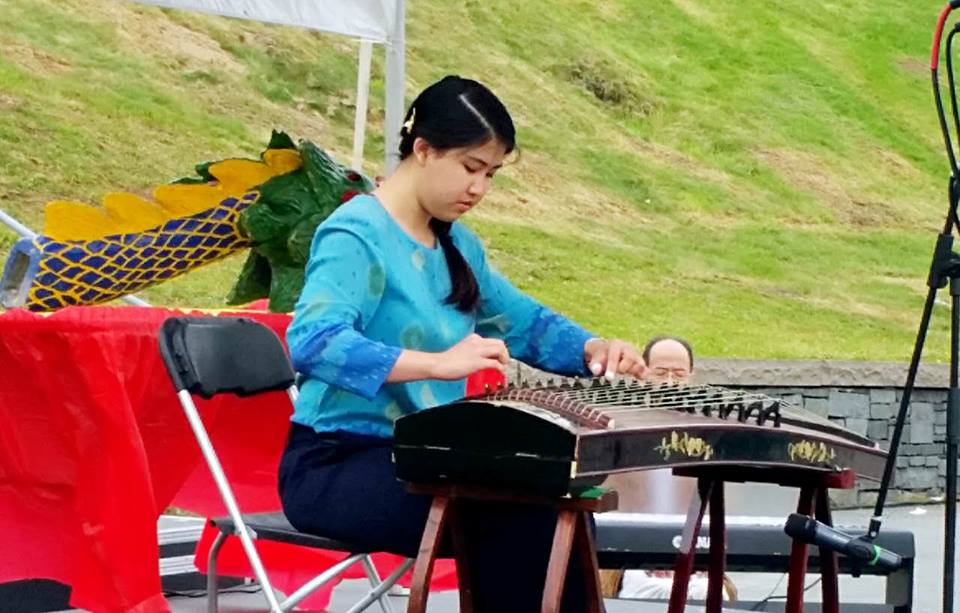